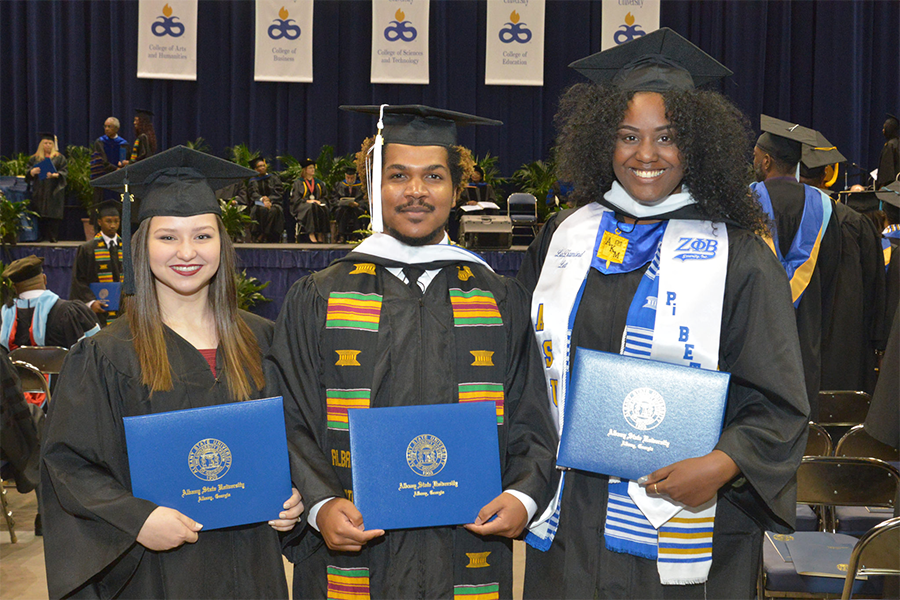 Ken Boler, vice president of advertising for the Albany Herald and AlbanyHerald.com, will serve as the keynote speaker at the afternoon ceremony for candidates in the College of Business and the Darton College of Health Professions.

A premier newspaper, the Herald covers the Southwest Georgia region. Boler entered the newspaper business 15 years ago as an entry-level sales representative at the Florida Today/Gannett USA Today and later held senior management positions with Knight Ridder, Morris and now the Southern Community Newspapers Inc. (SCNI). A passionate community supporter, Boler serves as a board member for the Albany Chamber of Commerce, Boys & Girls Clubs of Albany, Albany Symphony, Darton State College Foundation and the Georgia Budget and Policy Institute.

The morning commencement ceremony will include a U.S. Army ROTC commissioning ceremony, following the conferring of degrees. The ASU Class of 1968 will also be recognized at the same ceremony. Participants will join the graduation processional.

The program is designed to honor and celebrate nursing and health sciences students who have completed the academic requirements necessary to become health professions.

The program is designed to prepare future educators for the transition from college to the classroom. During the ceremony, veteran educators will pin the novice educators who are entering the education field.