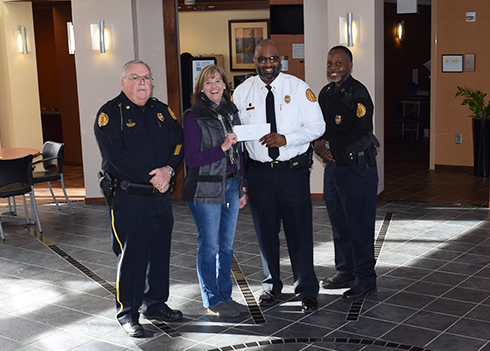 ASUPD officers donated $563 to Liberty House, a nonprofit organization dedicated to providing services for victims of domestic violence in Southwest Georgia and their children.

“We’re excited to have the ASU Police Department involved in our cause because they play such an important role on campus in ending domestic violence,” said Diane Rogers, executive director of Liberty House of Albany.

The donation was a part of the December no-shave initiative where 19 male officers grew a beard or goatee and donated a $1 a day toward the effort.