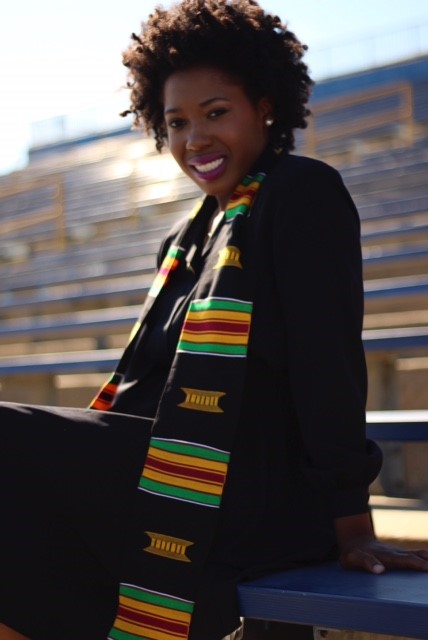 Albany State University is proud to recognize successful alumni who are making significant impacts in various fields. Amanda Holloman (’17) received the prestigious Bridge to the Doctorate Fellowship, sponsored by the Louis Stokes Alliances for Minority Participation and the National Science Foundation. Holloman is currently pursuing a Ph.D. in computer science at The University of Alabama.

What motivated you to learn more about computer science?

I have always had an interest in computers. We just clicked, naturally. However, it was not until high school that I discovered an after school program at Georgia Tech where I was encouraged to pursue computer science. I was afraid and didn’t think I would be any good with coding, but it was really the encouragement of my parents and mentors that pushed me to the challenge

What is something you learned at ASU that has helped shape you into the person you are today?

Love yourself because the real world won’t. When I say “yourself” I mean as an African-American woman in a world where we are not seen as great as often as we should. At Albany State, I learned to have so much love and pride in who I am as a black woman because I’m special. I learned how to be compassionate and to forgive others when I personally didn’t feel they deserved it. I learned about overall growth.

What advice would you give future students with an interest in computer science?

If you love it, work at it. It’s not going to just happen. Stay in the lab. Devote time to writing your codes. Search for projects outside the classroom. Make a family out of your classmates because, in the end, you will need them. Have a POSITIVE release when it’s time to get your mind off of computer software configuration because it gets heavy. Always go to your professors and just try to befriend them because they write your recommendations, suggest internships and jobs. Most importantly, love what you do.

What are obstacles you’ve had to overcome to pursue a Ph.D. in computer science?

I believe that I am my biggest obstacle. I honestly, truly have a hard time keeping a clear, positive mindset. In this program, I have cried more times than I can count because I’ve felt unprepared or just scared of starting over in a completely new place. I have to “wash” my mind daily and quite often to get rid of negative thoughts and feelings, so that I stay focused on my goal.

Who made the biggest impact on you and who is someone you consider to be a role model?

My older cousin Atarah made the biggest impact on me. When I was younger, she was always just fun to be around with such a warm and humorous spirit. I’ve always wanted to be like her and have that same energy when people meet me.  My role model would have to be Dr. Robert Owor in the computer science department. He’s such a genius and he is so calm. His demeanor resembles the ocean, calming yet strong. He could write a code in almost any language and knew how to fix any bug we gave him. I want to be as well-versed as he is in my field.

What is one thing you wish you would have known or could have done differently while attending ASU?

I wouldn’t change anything. I feel like making a connection with my professors, joining clubs, being social and polite, made a wonderful rollercoaster ride that made me the woman I am.